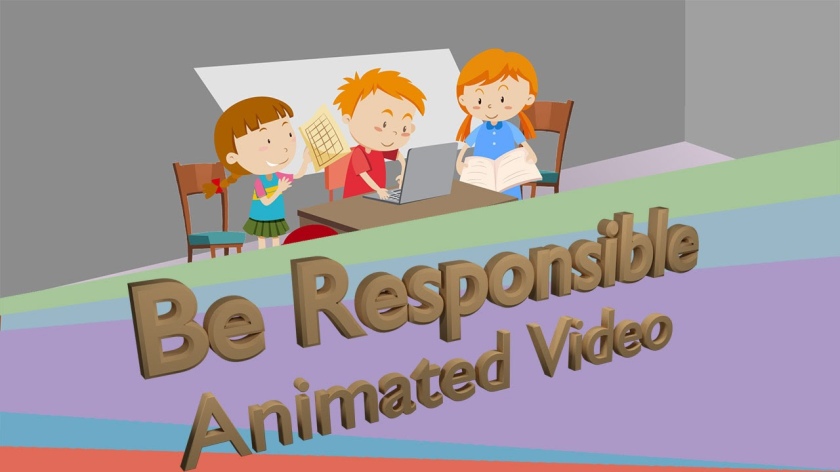 Teaching our kids to be responsible and respectful are two of the most important concepts you could ever teach! Oh what a wonderful world we would live in, if everybody learned to be responsible and respectful. Which really means mind your own business! Take care of the things you need to do. “Secure your mask first, then help someone else” as they say before you go on a flight! But literally, that what being responsible and respectful means. The old church members used to say, “ sweep around your own front door, before you try to sweep around mine”. As educators, it is important to teach our children these lessons. If we are going to raise up the next citizens, this is what we need to teach!

Don’t get me wrong, I think the civil rights movement and the work of Dr. Martin Luther King Jr did some great things for our country. Black people were at least allowed to eat in restaurants and not be made to sit in the back of the bus and other things like that. I know the civil rights movement was much more than that. It changed laws so that people were treated equally. However, just because laws changed, doesn’t mean hate is dissolved. I just wished the civil rights movement would have focused on building up the black community and making sure the black communities got the same funding as white communities. Especially it education. The civil rights movement essentially turned the education of black children into the hands of people that didn’t like them. When we talk about the achievement gap, there it is. I feel that merging schools caused a since of not being good enough for black people. Where at black schools, the teachers, administrators , and staff were seen as professionals; but when merged with white schools they were back to being seen as “boy” and “gal”. Those who were in prominent positions at blacks schools were now demoted.

I should note that these are just my thoughts. I just don’t think communities or schools should have been merged; I think people should have the choice to move fluently from one to another. Just like churches. Church is still the most segregated institution in America. I don’t think this is a bad thing because people have choice. When I went to Bethune- Cookman which is an HBCU (historical black college and university) I chose to go. I wasn’t forced to go because blacks were not allowed at FSU. Originally that’s why black colleges were started. But it’s all about being able to choose and being able to move fluently within various communities. I know the civil rights movement was doing the best they could at the time. I just wished the would have fought to make better communities of color, rather than merge them. I’m just talking about what I’m talking about and it’s just my opinion.

1. When students are fighting, don’t get between them.

2. When students are acting up in a public setting, don’t confront them in front of everybody.

3. When you teaching on Zoom or at a PD on Zoom next to your bed

4.When kids are being too silly on a Zoom lesson, don’t get mad.

5. When a student says something to make you mad!

Good Morning Most Awesome and Wonderful World Changers! While sitting in a restaurant last week, I saw a family having dinner. The adults were on one side and kids were on another. The kids were standing in the chairs, laughing loud, yelling, and just being plain annoying. I sat and said to myself; “ What disservice they’re doing to their kids”. I would really like to see parents practice how to behave in a public restaurant at home with their kids before they bring them out. This is the perfect time teach your kids how to sit still and talk quietly while you enjoy your meal. This helps by teaching kids not to act on impulse. It helps them to learn self control, which they will need for the rest of their lives. Let’s give our children a better start in life by giving them the simple tools needed for self-control.